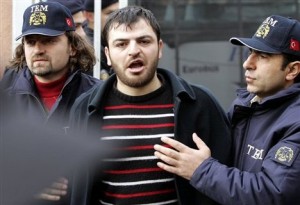 The Armenian Weekly publishes below an article by Prof. Taner Akcam arguing that Hrant Dink’s murder was orchestrated as revenge for the assassination of Talat Pasha, the mastermind of the Armenian Genocide. The Turkish version of this article appeared in Taraf newspaper on Jan. 23. Since the appearance of the article, new revelations related to the Dink case have reinforced Prof. Akcam’s argument. We thank Fatima Sakarya for the English translation. Yasin hayal: Did you know that the man who killed Talat Pasha was never punished, and that he was released?

The ruling coming out of the Hrant Dink trial has shocked all of us. Shock is a good thing, a beautiful thing actually. It’s a sign of innocence and clarity. It shows that people’s consciences are still clear, and reflects their belief that the most natural thing in the world is to expect, at a minimum, something very ordinary and humane from one another. In fact, there’s no reason for us to be so shocked. If we knew where the people who are hiding Hrant’s murderers stand; if we knew how they view us; and, more importantly, if we were able to make that connection between Hrant Dink’s murder and the genocide of 1915, we wouldn’t have been so shocked. We would have heard them say, “Are they crazy? Have they lost their minds? Would this state ever give up one single brick of its foundation?” Our shock is caused by the mistake of not seeing the strong connection between this murder and the Armenian Genocide. What is shocking is the fact that we were shocked in the first place. It’s a pity that we can’t see what they see, or know what they know.

Hrant Dink was murdered in order to avenge Talat Pasha’s murder. Everything, and I mean everything, was organized in a way to seek revenge for the assassination that occurred in 1921. Upon his release after serving time in prison for his role in the McDonalds bombing of 2004 in Trabzon, Yasin Hayal, the person who planned Hrant’s murder, spoke about Talat Pasha with his father. He asked his father, “Dad, do you know how Talat Pasha was killed?” Yasin Hayal himself knew a thing or two about it, and added, “Did you know that the man who killed Talat Pasha was never punished, and that he was released?”

Why didn’t they kill Hrant Dink in front of his home? Or why didn’t they kidnap him, kill him, and dump his body in some remote location, just like the many crimes designated “perpetrator unknown” in Turkey? If they had wanted to, they could have, but they preferred not to. Instead, they killed him in front of Agos, on the street, in broad daylight, with a bullet to the back of his head. Why? Because through Hrant, they wanted to take Talat Pasha’s revenge from the Armenians. Talat Pasha was murdered by Soghoman Tehlirian, a survivor of the genocide, in Berlin on March 15, 1921. Tehlirian approached Talat Pas