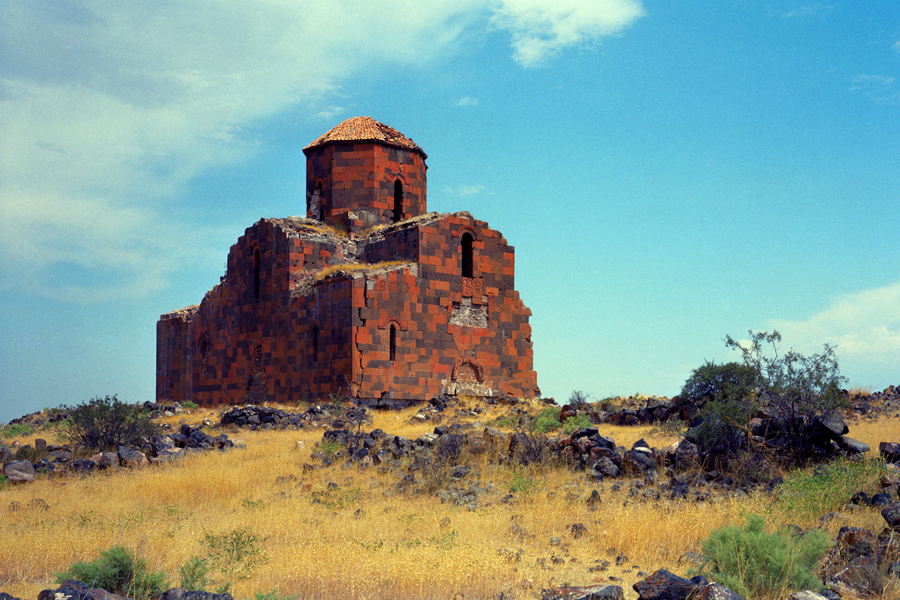 The Cathedral of Mren

The Cathedral of Mren is a 7th-century Armenian Church, located in the early medieval town of the same name, now in the Kars region of Turkey, near the border with Armenia, about 1.5 km west of the Akhurian River. The church of Mren is a domed triple-nave basilica.

The 2014 Watch features 67 sites in 41 countries and territories, dating from prehistory to the twentieth century. It includes both the famous Venice, Italy, and the little-known Pokfulam Village, Hong Kong, China; the urban Yangon Historic Center, Myanmar, and the remote Gran Pajatén, in Peru; the ancient Irrigated Terraces of Battir, in the Palestinian Territories, and the modern Jefferson National Expansion Memorial, in St. Louis, Missouri.

The 2014 list reflects a number of distinct preservation challenges, including conflict and disaster, lack of resources, development pressures (urban, rural, tourism), and loss of cultural traditions. While these are longstanding issues, their persistence is an ever-growing cause for concern.

The 2014 Watch serves as a call to action, bringing the fragility of the sites and the dangers they face to international attention. It also identifies opportunities for local communities to work together with the larger preservation community, government organizations, corporate sponsors, and others to help ensure their future. For some sites, inclusion on the Watch presents a hope for their survival.