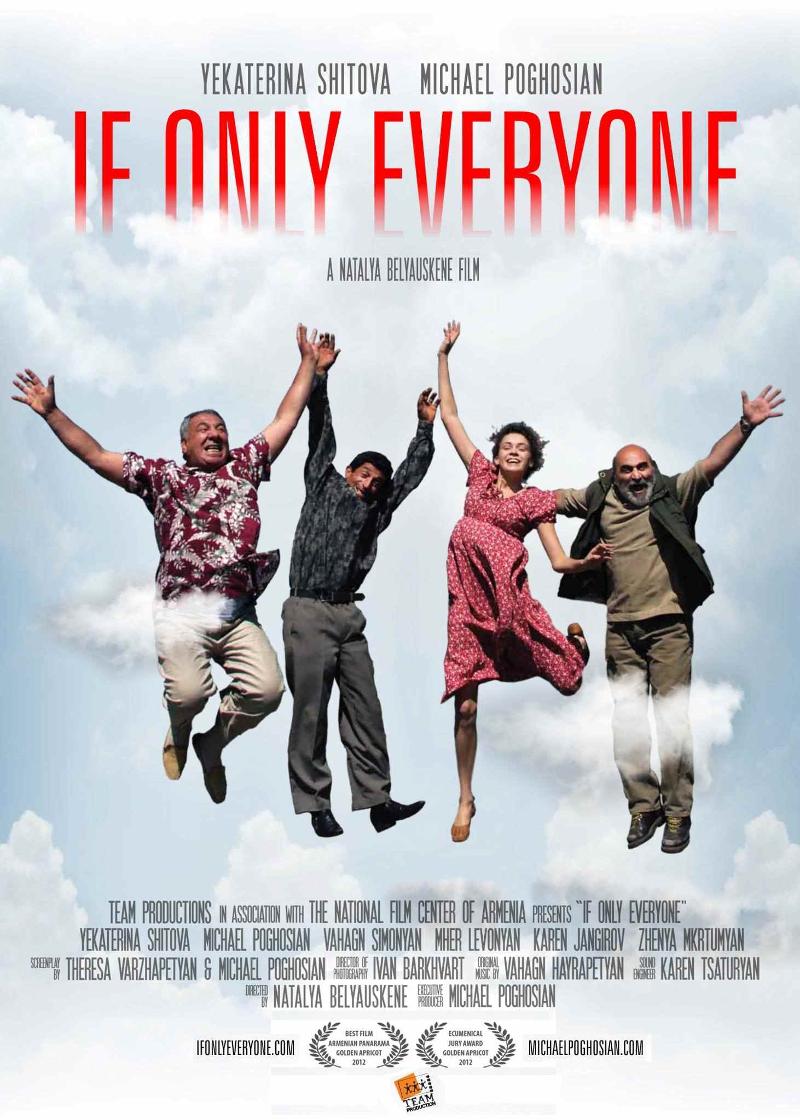 “If Only Everyone,” written by Mikael Pogosyan and Theresa Varzhapetyan, directed by Nataliya Belyauskene, has been long-listed as the Armenian entry for the Best Foreign Language Oscar at the Academy Awards. “If Only Everyone” is a multiple award winning movie, which reflects on the war and liberation of Artsakh, and is seen by many as a gesture of good will amidst bellicose rhetoric of Azerbaijan. It was most recently screened at the renowned 2012 ARPA Film Festival in Los Angeles, where it won several awards, including best actor. Since its 2012 release, the film has been recognized with awards at the Moscow, Romanian, and Yerevan International Film Festivals.